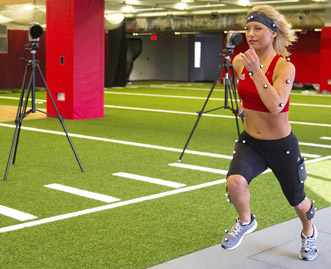 Preliminary results on organization on the court, physical and technical performance of Brazilian professional futsal players: comparison between friendly pre-season and official match

The main aim of this study was to verify possible differences between a friendly pre-season match (FM) and an official in-season match (OM) regarding physical, technical, and organizational performances of a professional Brazilian futsal team. Ten professional futsal athletes participated in this study. The matches were monitored with video cameras (30 Hz) and athlete trajectories obtained with automatic tracking. The values obtained for distance covered per minute, percentage of distance covered at moderate intensity, team coverage area, spread, passes, possessions, ball touches and successful passes per minute were greater for the OM than FM. On the contrary, percentage of distance covered, standing and walking was greater for the FM than OM. We concluded that physical, technical, and tactical performances are different between a FM and an OM in futsal and also these parameters mutually influenced each other distinctly. Future studies should verify whether pre-season tournaments reproduce similar demands to a regular season official match.