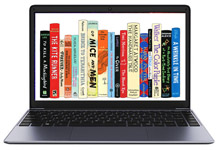 Copyright 2000, the authors. Used by permission.

Individuals with disabilities are one of the fastest-growing segments of United States society. In 1970, 11.7% of the United States population was limited in activity, a major factor in measuring and identifying people with disabilities. In 1990, because of the aging of America, 13.7 % of the population could be so identified. By 1994, 15% of the population fell into this group. During this latter period, the older population stayed fairly stable but children and younger adults with disabilities increased greatly. Many different figures, depending upon the method of counting, e.g., age groups included, or whether residence was in a nursing home or not, are available. No matter what the figures or how they are compiled, the same trend is clear: the number of individuals that are recognized as having disabilities has greatly increased over the past few years (Kaye 1998). Today it is estimated that of the 281 million people in the United States more than 56.3 million individuals have some form of disability.

To assist this considerable segment of the U.S. population, several federal laws have come into being. The most important of these laws are the Rehabilitation Act of 1973, and the Americans with Disabilities Act of 1990 (ADA). Section 504 of the Rehabilitation Act of 1973 was designed to eliminate discrimination against individuals with disabilities in activities and programs that received federal funds. The act stressed "Program Accessibility." The Americans with Disabilities Act of 1990 and its subsequent amendments prohibited discrimination in employment (Title I), government programs and services (Title II) and public accommodations (Title III). This act built upon and broadened the provisions of the previous act to encompass "a physical or mental impairment that substantially limits one or more of the major life activities of the individual," "a record of such impairment" or "being regarded as having such an impairment" (Americans with Disabilities Act, U.S. Code 1994). The following are considered valid disabilities under the law, and reasonable accommodation may be appropriate for individuals in these cases.

Libraries have played an important role in making resources available to people with any type of disability. The challenge of fulfilling the spirit of the Rehabilitation Act of 1973 and the Americans with Disabilities Act of 1990 continues to require new or improved facilities, equipment and services. How far have these requirements led libraries in their quest to meet the challenge? What still needs to be accomplished? At what level of compliance do libraries fall?