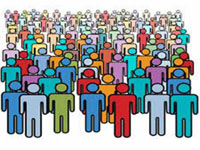 Hold the Line: A Guide to Defending Democracy

● Free , in which all eligible voters are able to vote without hindrance, interference, or intimidation.

● Fair , in which all votes are counted transparently, non-partisan rules and laws are followed, and any disputes are resolved without bias towards any particular candidate.

● Respected , by which the loser of the election accepts the results, concedes, and engages in a good faith transition process to the election’s winner.

● Safe , in which risks of COVID-19 transmission and political violence are minimized.

The United States has hundreds of years of experience in election administration, so you would think we would have a robust process and institutions to ensure our elections are successful. However, we face a long list of real and potential challenges in the upcoming November election that demand a heightened level of civic awareness and engagement.

Some of these challenges come from the COVID-19 crisis, which is leading to a significant shortage of poll workers. Fewer poll workers means fewer polling places will be open. This shortage alone is an issue that would impact any election, but in 2020 our problems are exacerbated by other political and infrastructural challenges. These include cuts to the U.S. Postal Service that may delay delivery of mail-in ballots; malfunctioning voting equipment; deliberate voter suppression and misinformation; possible voter intimidation at the polls; possible violence among political supporters; and the President improperly using the powers of the executive branch and communicating that he may refuse to accept defeat.

You may have read about some of these problems already, or experienced or witnessed them firsthand at some point. They can seem overwhelming, and sometimes popular media focuses more on chaotic scenarios for the election than on possible solutions. Fortunately, there’s a lot that each of us can do to help. Everyone has a role they can play to ensure that voting is accessible and safe ; that people turn out to vote ; that the rules are applied fairly ; and that the results are respected .

We conceive of these efforts in two stages:

Stage 2: From Election day to Inauguration day (Jan. 20, 2021) This guide focuses primarily on Stage 2, covering the period of time starting from Election day and continuing through to Inauguration day. It attempts to answer the question of how to prepare and what to do in case attempts are made to subvert the election results. At the same time, we recognize that Stage 1 is critically important as well, and deeply related to Stage 2, so we begin by dedicating some attention to Stage 1, before diving more deeply into Stage 2.

We’ve divided the guide into the following four parts:

Part I focuses on critical actions people can take from now until Election day (Nov. 3, 2020) to ensure a successful election.

Part II gives background on potential scenarios that could play out between Election day to Inauguration day (Jan. 20, 2021) .

Part III provides a four-step process to start an election protection group in your community , and to begin planning actions to protect democracy in case they are needed.

Part IV offers an in-depth analysis and model of change drawn from the field of nonviolent civil resistance, which informs our thinking about how to respond if there are attempts to subvert the election results. We draw lessons about how ordinary people have advanced democracy and won against authoritarian-style rulers in other parts of the world , and apply these lessons to the current situation in the United States.

This guide is designed to be read in whatever order makes most sense to you. We recommend Part I as a good place for everyone to start, because the election protection efforts outlined in Parts II, III, and IV will be significantly more powerful if we use time now to ensure the November election is as successful as possible.

Then, if you want more background information about possible scenarios that could play out on Election day and beyond, read Part II . If you are already familiar with potential post-election scenarios and want to jump straight into organizing a neighborhood election protection group, you can start with Part III . If you want a deeper sense of a model of change for how other societies have won rights, freedom, and justice against unaccountable rulers, and how those lessons could apply to the United States, read Part I