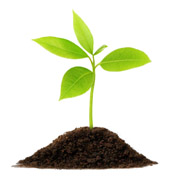 This manuscript has been assigned Journal Series No. 03-10, College of Agricultural Sciences and Natural Resources, University of Nebraska.

Copyright 2004, the authors. Used by permission.

This project was supported in part by the National Research Initiative Competitive Grants CAP project 2011-68002-30029 from the USDA National Institute of Food and Agriculture, administered by the University of California-Davis and by the National Science Foundation (NSF), Division of Undergraduate Education, National SMETE Digital Library Program, Award #0938034, administered by the University of Nebraska. Any opinions, findings, conclusions or recommendations expressed in this publication are those of the authors and do not necessarily reflect the views of the USDA or NSF.

Development of this lesson was supported in part by the Cooperative State Research, Education, & Extension Service, U.S. Dept of Agriculture under Agreement Number 00-34416-10368 administered by Cornell University and the American Distance Education Consortium (ADEC) and the New Mexico State University Agricultural Experiment Station. Any opinions, findings, conclusions or recommendations expressed in this publication are those of the authors and do not necessarily reflect the view of the U.S. Department of Agriculture.

The selective control of broadleaf weeds in cereal grain crops by auxinic herbicides has made this group of herbicides one of the most widespread and important herbicide families in use. These herbicides are thought to act as hormone mimics. This lesson will detail how these herbicides are related structurally and physiologically to the natural plant hormone, auxin (indole-3-acetic acid; IAA) and explain the biochemical mechanisms which may be involved in their action. The mechanism of cell to cell transport and cellular uptake of auxins will be reviewed as well as how they cause cell elongation and induce ethylene biosynthesis. Receptors, signal transduction pathways and changes in gene expression for the natural hormone, IAA, will be described and related to auxinic herbicide activity.

At the completion of this lesson, students will be able to: