Research and Economic Development, Office of 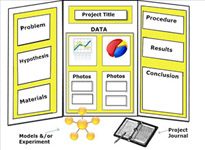 This study analyzes the energy transfer mechanisms when nonlinear devices (stores) are attached to a linear model airplane. For that, a reduced-order model (ROM) was derived to simulate the first two flexible modes of vibration of the primary structure (aircraft) with one store in each wing. Each store can either be locked or unlocked. When locked, it only contributes as mass-effect, and when unlocked, it adds nonlinearity to the system. Simulations were then performed with either both stores locked, one store unlocked, or both stores unlocked. It was found that the attachment of nonlinear stores in the ROM changes the global dynamics of the primary structure. However, contrary to what was previously reported in the literature, no destructive interactions were found when both stores were unlocked. Since the ROM did not replicate the results reported in the literature, experiments were conducted to investigate why the ROM failed. Like in the ROM, experiments could not capture destructive interactions between the stores. However, it was found that the geometry of the primary structure and the orientation of the stores directly affect the energy transfer mechanisms.