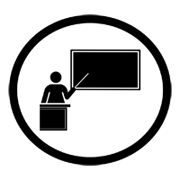 SLides are available at https://digitalcommons.unl.edu/socprez/1/

I was in the beginning stages of a project on the social story of the brain (and a neuroscience more broadly), when a Google image search brought me a purchasable phrenology of Batman, then a Batman-themed Heart and Brain cartoon of the Brain choosing the cape-and-cowl.1 A quick search of “Batman brain” yielded something interesting: various pieces on the psychology of Batman (e.g., Langley 2012), Zehr’s (2008) work on Bruce Wayne’s training plans and injuries, the science fictions of Batman comics in the post-World War II era (Barr 2008; e.g., Detective Comics, Vol. 1, No. 210, 1954), going back to the very first appearance of Batman on film in “The Electrical Brain” (Flowthow and Hillyer 1943). And then, from somewhere in my childhood memory I remembered an episode of the Super Friends when literal alien brains from Mars took over our heroes and assaulted Earth (“Invasion of the Brain Creatures”).

The Dark Mind of the Dark Knight --Much of the analysis of Batman’s brain – whether by scholars, writers, or other comic characters – focuses on his psychological make-up. That is, what makes Bruce Wayne psychologically motivated to be The Batman? His childhood trauma is often poised as the answer, the tireless pursuit of “justice” in an attempt to regain control from the trauma of his parents’ murders (Sanna 2015).2 The same could be said for his nemeses. Madness, psychopathy, and insanity are centered in the corrupted minds of Gotham’s ghastliest, some of whom have also had psychological or physical traumas (Langley 2012; Lytle