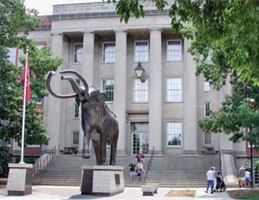 Publications of UNSM Staff and Affiliates

Copyright: © 2023 Bird et al. This is an open access article distributed under the terms of the Creative Commons Attribution License

Hunting has been crucial in early human evolution. Some San (Bushmen) of southern Africa still practice their indigenous hunting. The use of poisons is one remarkable aspect of their bow-and-arrow hunting but the sources, taxonomic identifications of species used, and recipes, are not well documented. This study reports on fieldwork to investigate recent indigenous hunting practices of G/ui and G//ana San communities in the Central Kalahari Game Reserve (CKGR), Botswana. Here we discuss their use of spider poison. The hunters use the contents of the opisthosoma (‘abdomen’) of a spider as sole ingredient of the arrow poison and discard the prosoma that contains the venom-glands. Using taxonomic keys, we identified the spider as the garden orb-web spider Argiope australis (Walckenaer 1805) (Araneidae). The hunters’ choice of this species is remarkable given the scientific perception that A. australis is of little medical importance. The species choice raises questions about how the spider fluids could kill game, particularly when the prosoma, which contains the venom glands, is not used. Possibilities include trauma, as a source of pathogens, or abdomen- containing toxins. Based on characteristics of Argiope Audouin 1826, we hypothesize that the choice of this species for arrow poisons might have evolved from the recognition of aposematic signalling or spiritual symbolism. Indigenous knowledge (IK) is an important source for advances in biotechnology but is in decline worldwide. The study contributes to the documentation of the San people, and their ancient IK, which is threatened by marginalization, political pressures, and climate change.