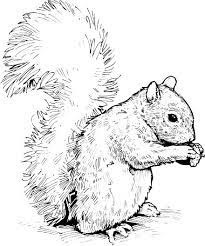 A non-toxic liquid fertility control bait for rats has recently become commercially available (ContraPest® from SenesTech, Inc.). This product contains two chemicals, both of which impair spermatogenesis in male and reduce ovulations in female rats. We tested the efficacy of this bait in wild-caught adult black rats from the island of Hawai’i in a short-term laboratory trial. A control group (n = 25) was offered placebo bait and the treatment group (n = 25) was offered fertility control bait, both ad libitum, during a 15-day introduction period and during the first of four breeding rounds, for a total of 58 days of exposure. After treatment, all rats were provided placebo bait for the remainder of the study and randomly paired with mates from within their treatment groups for two additional breeding cycles. Treatment and control groups comprised 10 breeding pairs each, with random re-pairings between breeding rounds. The treatment group produced no litters during the first and second breeding rounds, while 70% of the control females produced litters. In the third breeding round, 70 days after stopping treatment, the treatment group produced three litters (six pups) compared to seven litters (24 pups) in the control group. During a fourth and final breeding round, control rats were crossed with treated rats, producing six litters (27 pups) from treated dams and nine litters (40 pups) from control dams, indicating no apparent infertility effect 99 days after cessation of treatment. This study demonstrates that the reproduction rate of wild-caught black rats can be chemically suppressed if provided ad libitum access to the fertility control bait under laboratory conditions.