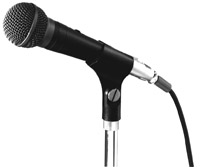 The 4th Amendment to the U.S. Constitution, Article 3 of the ALA Code of Ethics, and Section 215 of the USA PATRIOT Act: Squaring the Triangle

Copyright 2015, the author, and others as indicated. Used by permission.

Librarians in the United States have many professional guideposts to inform their work. A patron's right to privacy is one tenet that tends to be upheld tenaciously, and is informed first by the 4th Amendment to the U.S. Constitution, among other Amendments, as well as Article III of the American Library Association Code of Ethics. Section 215 of the USA PATRIOT Act, the so-called "library provision," contradicts both the 4th Amendment and Article III of the ALA Code of Ethics, making it a weak third leg of a triangle of guideposts. The speaker explains how Section 215 allows for confiscation of any tangible item in libraries by Federal authorities, with no warrant, and with an absolute gag order attached. The secret and circular FISA Court is described. The speaker argues that repeal of Section 215--and repeal of the PATRIOT Act altogether--is in order. Such repeal would allow librarians to "square the triangle" of professional guideposts, replacing the PATRIOT Act with strong civil liberties arising from robust civic engagement.