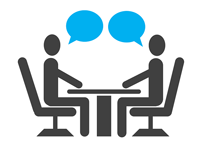 To obtain information on differences in interviewer effect size, we propose to use an alternative coding strategy, so-called separate coding in multilevel models with random slopes (for examples see Jones, 2013; Verbeke & Molenberghs, 2000, ch. 12.1). In case of separate coding, every variable represents a direct estimate of the interviewer effects for specific respondent groups (rather than the contrast with a reference category).